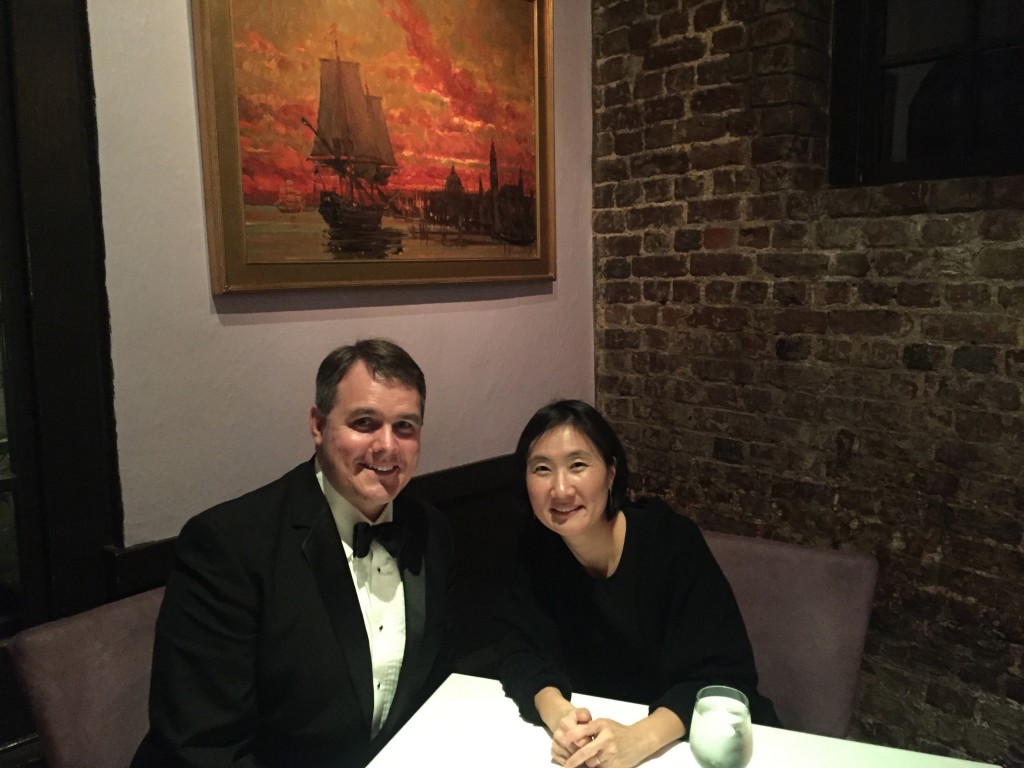 My wife and I recently celebrated our anniversary with dinner at McCrady’s. I was drawn to the location, not just for the fantastic food, but also because the building itself holds historical significance for our city and our Medical Society.

In 1791, when President George Washington came to Charleston on his Southern tour, the city assembled a delegation of greeters to receive him. One of those greeters was from the Medical Society of South Carolina. A 30-course feast at McCrady’s followed, specifically in McCrady’s Long Room, which still exists today.

In addition to hosting President Washington, McCrady’s was also the location for Medical Society meetings. See notes below: 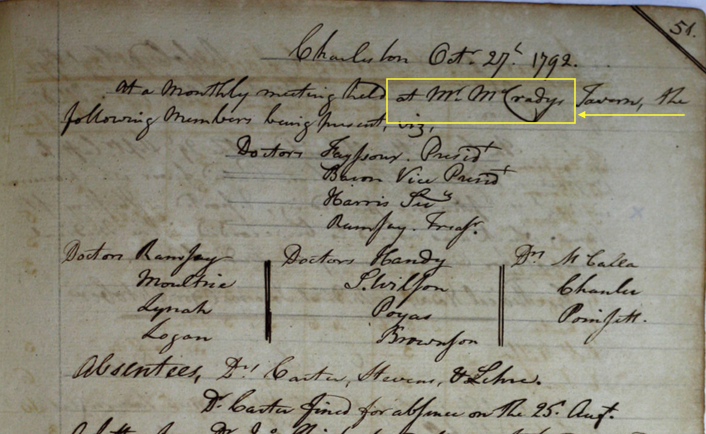 It’s also interesting to note in the minutes that one member was fined for skipping a meeting, another member expelled, and a resolution was made to keep the Society’s early collection of books with Dr. Fayssoux.

As we enjoyed ourselves, we realized we were sitting by one of the building’s original walls, part of the kitchen where so many years ago, food and drink were prepared – and where generations of physicians built a strong, enduring medical community.