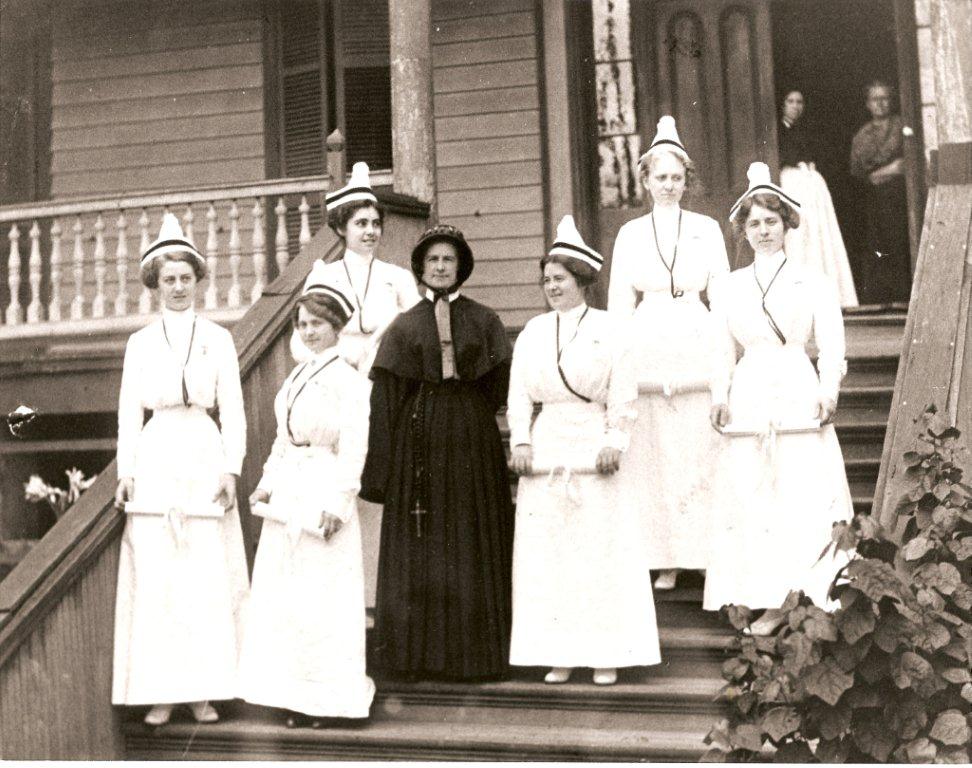 Did you know that St. Francis Hospital was originally founded by the Sisters of Charity of Our Lady of Mercy and was then called St. Francis Xavier Hospital? It’s true. In 1882, it opened as Saint Francis Infirmary with 15 beds, five staff nurses, and two surgeons.

In 1896, the Infirmary added a two-story building with two wards, 20 private rooms with baths, and an operating room. Before the turn of the century, the infirmary was serving 50 patients daily and needed more space. In 1900, a second two-story structure with 18 patients rooms, a second operating room, a dining area and chapel was added. In addition, the Sisters established the St. Francis Xavier Infirmary Training School for Nurses to ensure a steady steam of trained staff.

After World War I and a period of time without the funds needed to improve the facilities, the Sisters raised more than $161,000 to build a new half-story, Spanish-style Infirmary with more patient rooms, a laboratory, x-ray services, and an emergency room.

In 1951, the name of the Infirmary was legally changed to St. Francis Xavier Hospital, and the hospital continued to expand throughout the 1970s and 80s to meet the needs of a growing Charleston community.